How To: Low Carb Candied Bacon 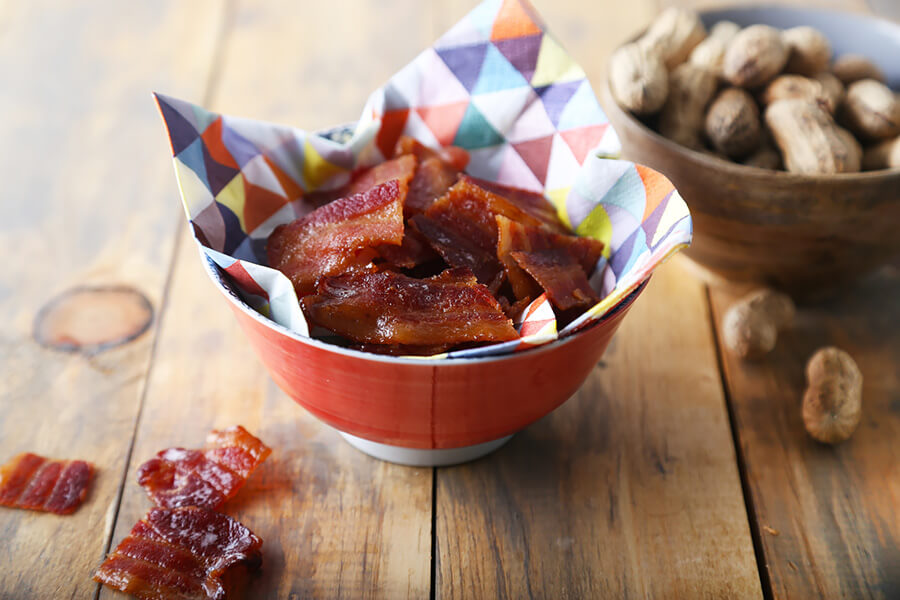 Candy. Bacon. Two words that we oh so wish we could meld together into an awesome snack or ingredient. Well, we can. Usually you use brown sugar to candy bacon, but on a ketogenic diet that’s something we’re not allowed. But, lucky for us, there’s erythritol.

Erythritol is something I had never really wanted to use. The 4g “carbs” per TEASPOON made me run to the hills. Upon further research, I discovered it is a naturally occurring substance, mostly in plants and fruits. Luckily, our digestive system disposes about 90% of it in urine excretion. The 4g of carbs? Well they’re sugar alcohols and mostly don’t get used or absorbed by our bodies. That means ~95-100% of the carbs are nonexistent.

I use NOW brand Erythritol because it has lower glycemic impact than most other brands, is all natural, and is made from a mom and pop company. Not to mention, it’s cheaper than most of the bigger name brands! You can purchase Real Food NOW Erythritol on Amazon. 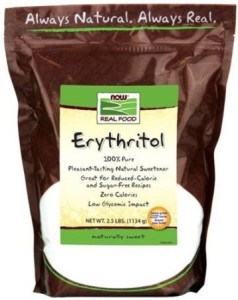 I’ve done some testing with my blood sugars and ketone levels and noticed that they stay in tact after ingesting quite a large amount of the stuff. It’s VERY similar to sugar in the sense of baking. It’s like a magical food for low carbers that ACTUALLY works. Go figure huh? We rarely hear that.

Candied bacon is an absolute treat. It melts in your mouth, giving you a sweet and salty snack that will really make you ecstatic. You can add smoked paprika, cayenne, chili powder, cocoa, and other spices to make this even better!

2. Get your favorite baking sheet out that has some kind of lips around it. We want to make sure the grease from the bacon doesn’t slide off into the stove.

3. Tear a piece of foil off to cover the baking sheet and secure it in place.

4. On the baking sheet, pour about 5 tsp. of Erythritol. We’ll be using this to coat the bacon. 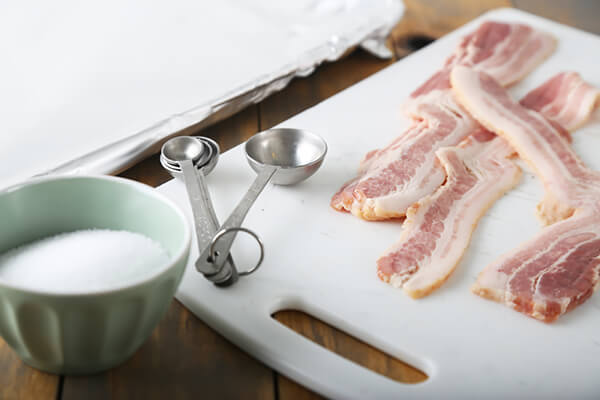 5. Get your bacon ready. Press the bacon into the Erythritol on both sides to cover it well. 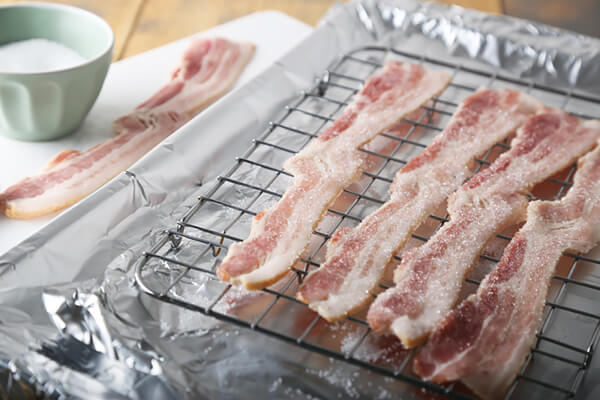 6. Line your bacon on a wired grill so that the grease can drip down below. This also allows the convection to cook the bacon on the bottom.

7. If you’d like to, you can crimp the bacon by running it through the holes in the grill. This will give a wavy effect once the bacon is cooked.

8. Once all your bacon is finished being coated, make sure it can’t fall through any of the holes. 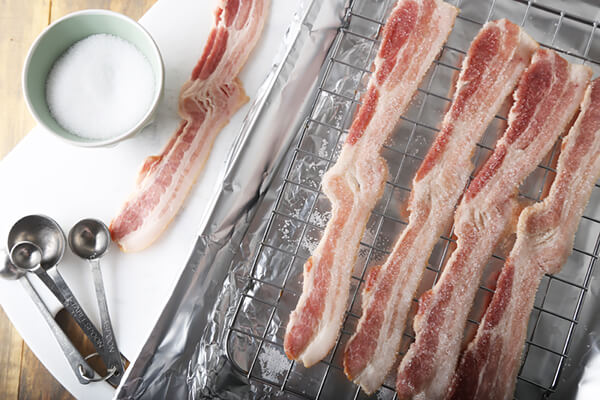 10. Once your bacon is browned and shiny, take it out of the oven. 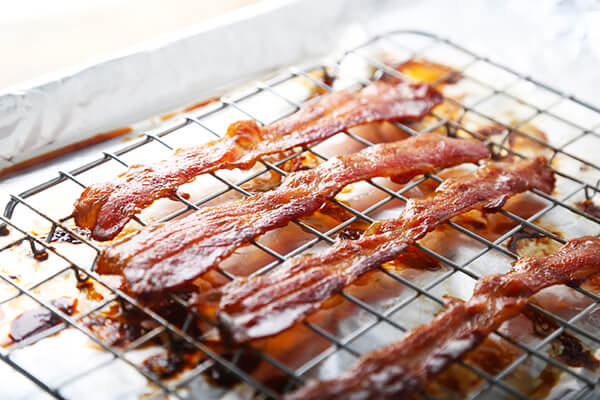 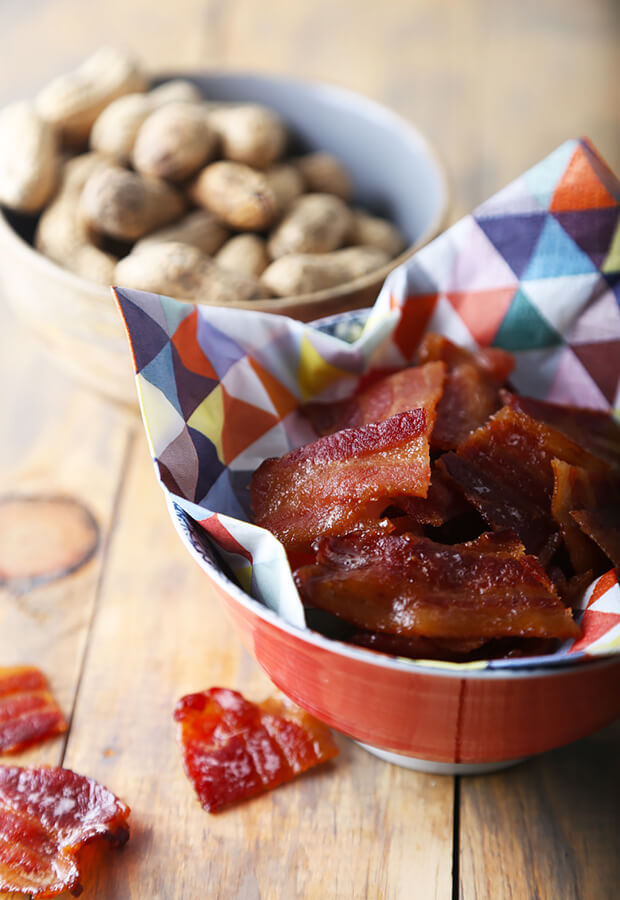