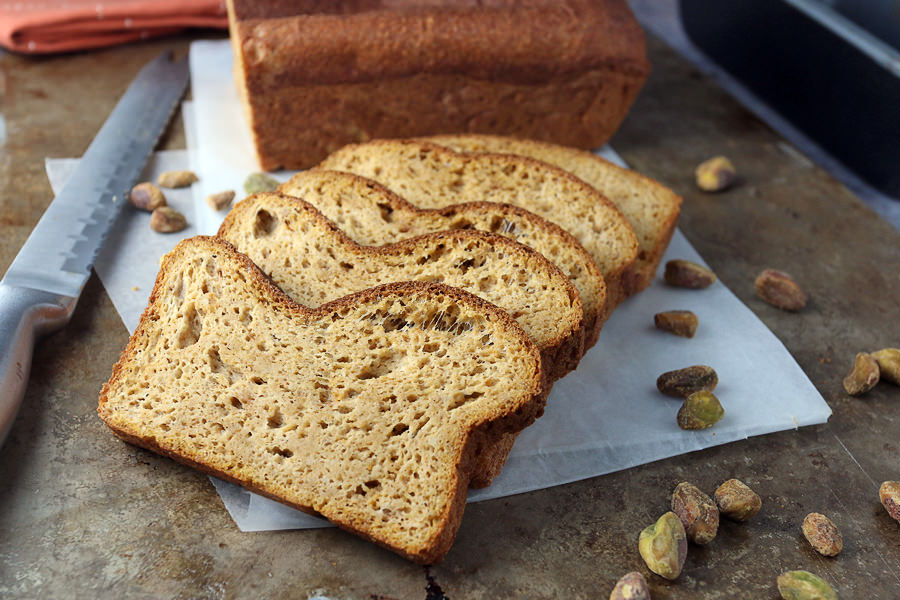 It’s Fall and each morning I get up the air seems crisper and colder. Cold enough for me to want to stay inside, wrap myself up in blankets, and just enjoy a warm treat. This was so much the fact this morning that I ended up making some warm and delicious pumpkin bread to start my day off. It’s almost like a protein bar for us keto-ers that seem to have little to no time in the morning. Grab a slice or two, a slab of butter, and walk out the door while chomping on bliss! It’s very dense, so that means it’s extremely filling too. You just need a slice or two and you’re set for the day ahead of you. 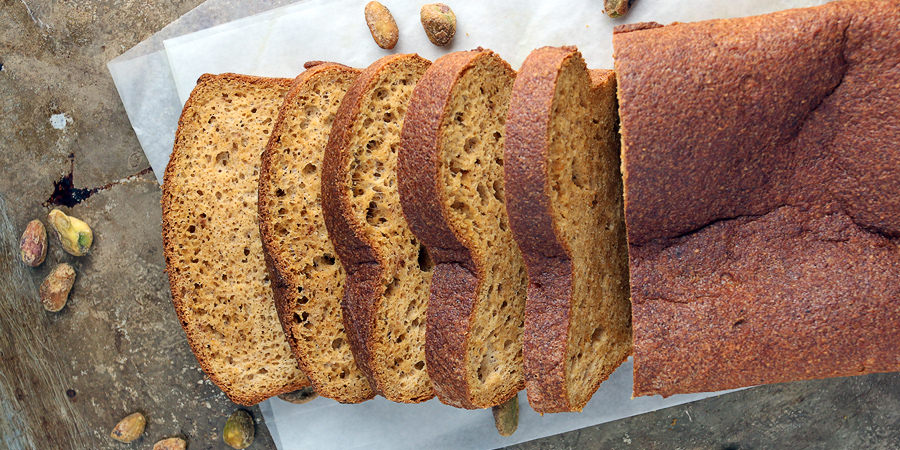 We use a water bath at the bottom of the oven to allow the loaf to rise evenly. This is a trick I learned a long time ago where the steam from the water will help keep the bread uniform. Not only that, but it allows the dough to rise as much as possible – a trick used by professional bakers to get the biggest and best loaves out. The steam allows the outside of the bread to stay moist until it’s finished rising – then, once there is no more steam, the crust will start to form as the outside begins to dry. This gives springiness and a beautiful crust on the outside of your bread.

Although the steam has more of a chemical reaction (and slowing of the cooking) with yeast and gluten in traditional bread, I’ve seen that it works really well with keto bread too, and if you can do it – you should. Keep in mind that the steam only really matters for the first 5-10 minutes of baking, so we only add a cup of water to a baking dish so that it is already evaporating by the time you put the loaf into the oven.

Originally I had added pistachios to the top of the loaf, but later found out that leaving the pistachios off gives the best texture and best taste. They were just a bit too salty, and I felt that they took away from the pumpkin flavor of the bread. My recommendation: don’t use pistachios. They add carbs, they take away from the bread, and it just tastes better without them 🙂

1. Measure out all dry ingredients into a sifter. If you don’t have a sifter, you can grab one on the cheap from Amazon. 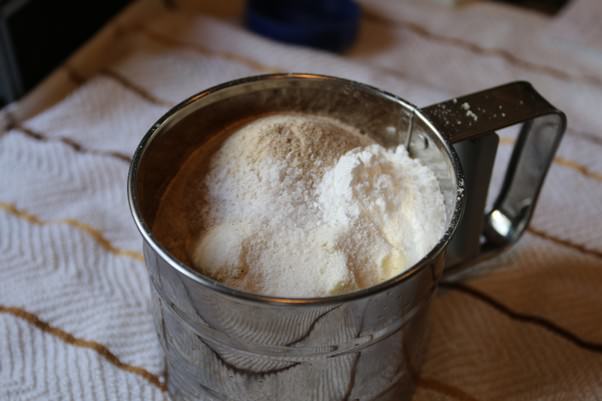 2. Sift all ingredients into a large bowl. Preheat your oven to 350F. Fill a 9×9 baking dish with about 1 cup of water and place on the bottom rack of the oven. 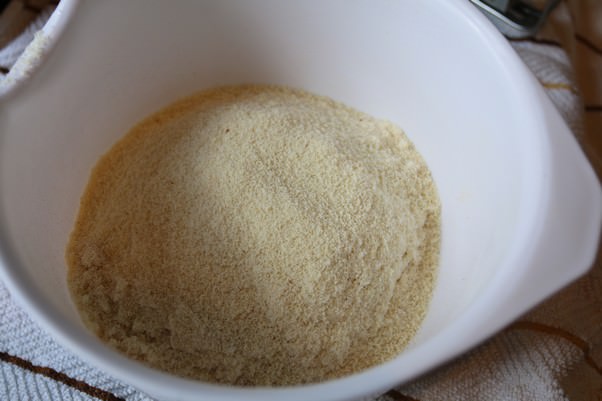 3. Add pumpkin puree and coconut milk and mix together well. You should have a pretty resistant dough by the time you finish mixing. 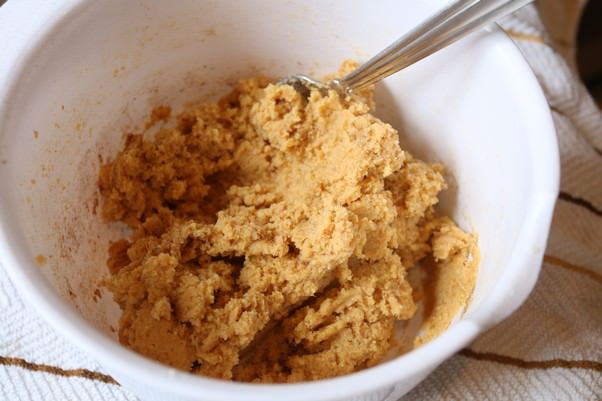 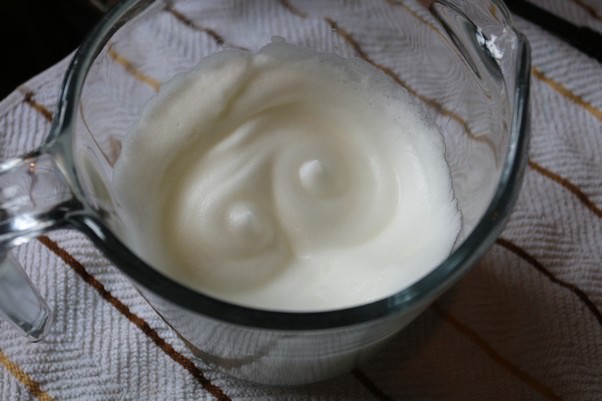 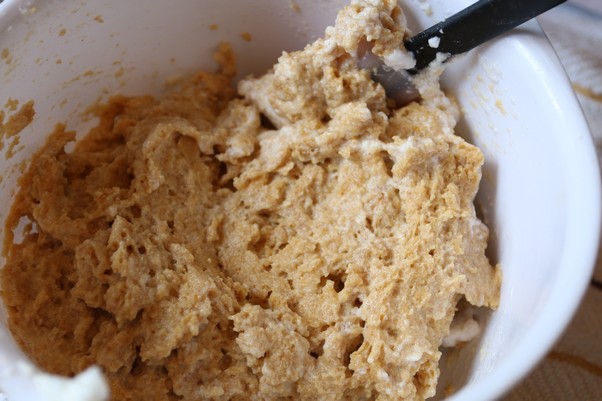 6. Grease a standard bread loaf pan well (with either butter or coconut oil). Then, spread the dough into the bread pan. 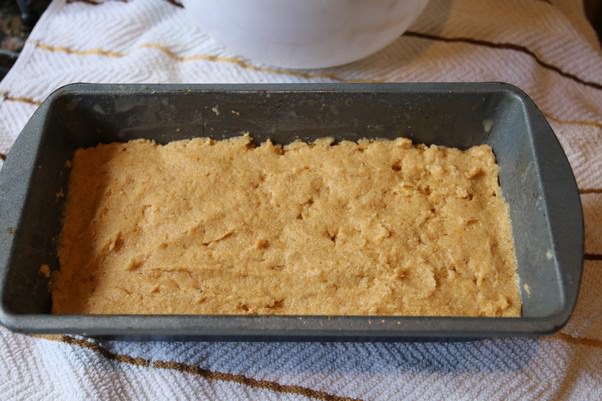 7. Bake the bread for 75 minutes. Optionally add 1/4 cup pistachios (I prefer it without the pistachios, so I left them out of the recipe). 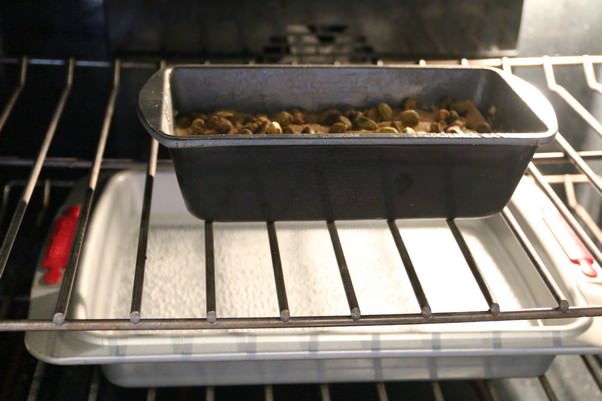 8. Remove loaf from the oven and let cool. 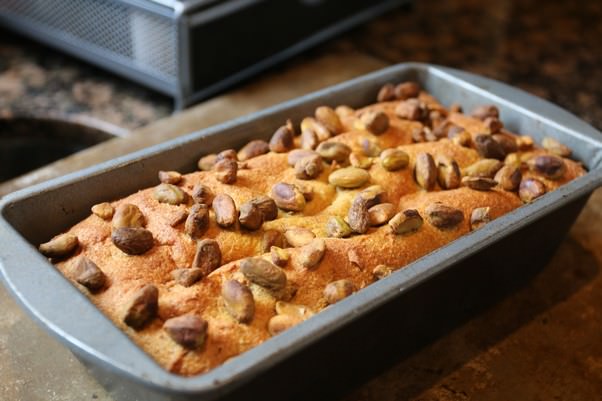