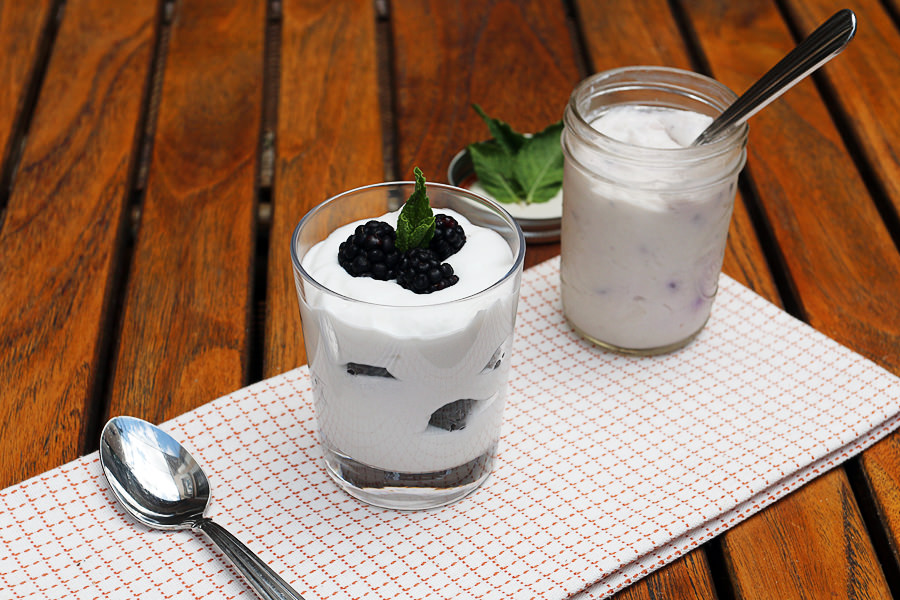 Making your own yogurt might seem like a weird idea at first, but it’s pretty simple and it’s almost all hands off. We’re going to culture the coconut milk in the oven using the light of the oven and the contents of probiotic capsules. You want your coconut milk to culture in the 110F – 115F range. We’ll achieve this by leaving just the light of the oven on and keeping the door completely closed. Don’t open it during the culture period! You may also want to invest in an oven thermometer so you can get a proper idea of what temperature your oven is running at.

I did this recipe with 2 different methods. The first (pictured in the jar) was using only xanthan gum to thicken the yogurt, and the other (pictured in the cup) was using a mixture of xanthan and whipped heavy cream to thicken the yogurt. The second method seemed to work much better (and give that creamy texture and taste that I like in yogurt). The first method using only xanthan gum ended up being too much in my opinion. I used 1/2 tsp. xanthan to 200ml of yogurt, which ended up giving that gummy, slimy texture that some of you may know about if you’ve used too much xanthan before. 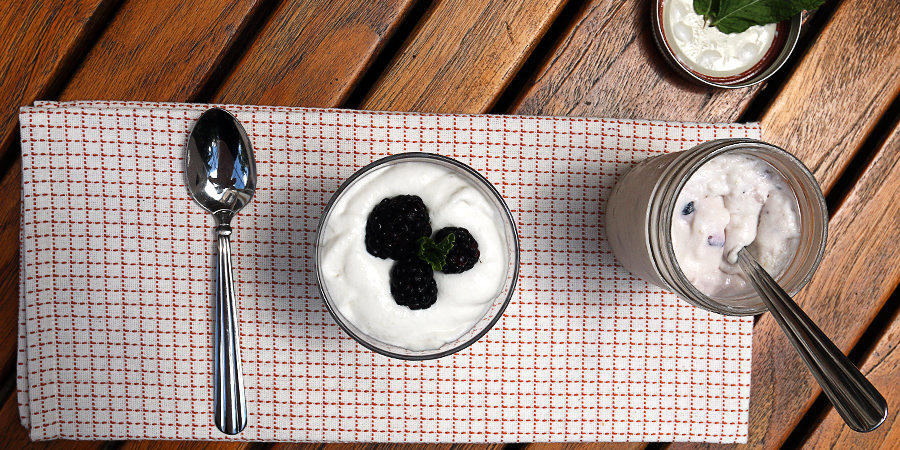 So I definitely recommend using the heavy cream, although it will give you a sublte heavy cream taste. The tanginess of the bacteria that’s been cultured it still there, as you would expect with yogurt, and the coconut milk flavor still shows up in the aftertaste. You can easily add any fillings you want to this – chia seeds for crunch, crushed almonds for flavor and texture, lemon juice for acidity, small amounts of berries for sweetness, or even Torani syrups for a more decadent overall taste (this will also mask a lot of the flavors). My favorite? Crushed toasted pecans, 1 tbsp. Chia Seeds, and Salted Caramel Torani Syrup!

If you use the whole can of coconut milk to make the yogurt, you will end up with a thinner yogurt than you would if you were to make it with only the coconut cream, obviously. But there’s a lot of carbs in the coconut cream alone, so I think it’s worth it to mix everything together and then thickening it so you get more bang for your buck in terms of carbs.

1. Open a can of coconut milk and stir it well. You want to make sure the cream and water in the can is thoroughly mixed. 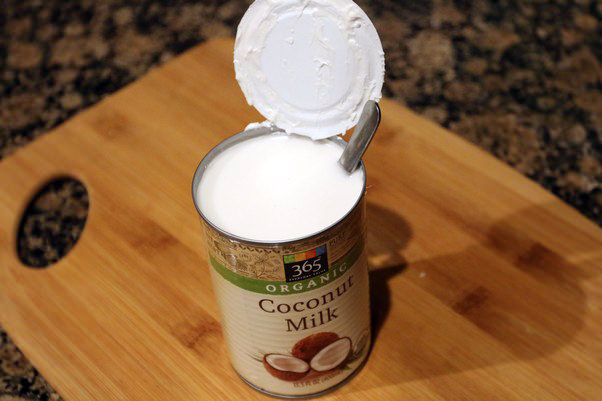 2. Put the coconut milk into whatever container you’d like. I seperated mine into 2 200mL mason jars. Have your NOW Probiotic-10 handy. 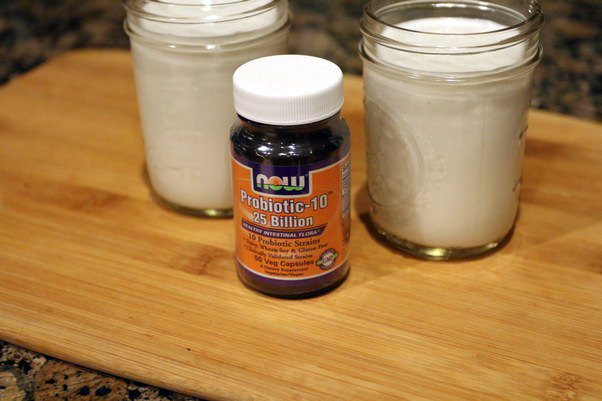 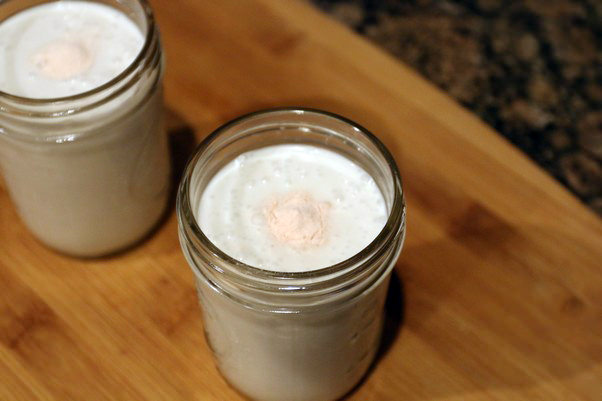 4. Turn your oven light on and place the jars in the oven. Close the oven door, keeping the light on, and let it sit for 12-24 hours overnight. The longer the bacteria can culture, the thicker the mixture will get, but it doesn’t make too big of a difference. 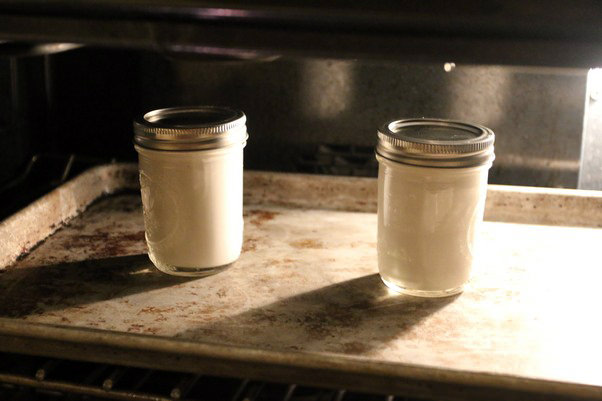 5. Empty all of your yogurt into a mixing bowl and sprinkle 1/2 tsp. Xanthan gum over it. Using a hand mixer, mix this well. 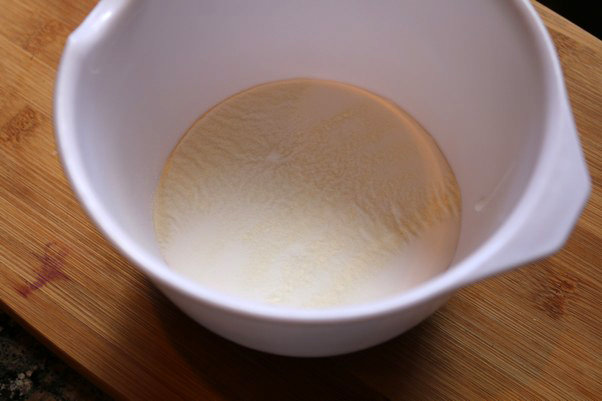 6. In a separate bowl, whip up 2/3 cup heavy cream until stiff peaks form. You want this to be solid cream almost. 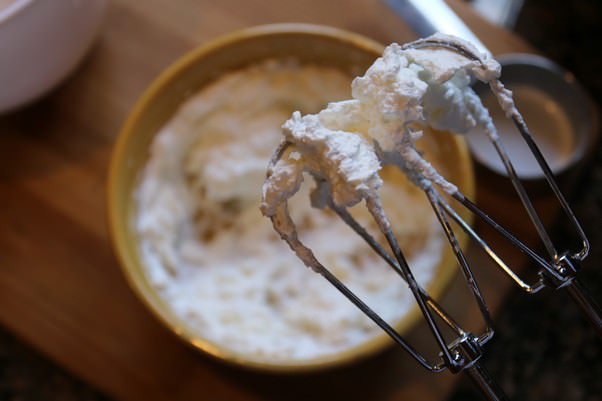 7. Dump the solid cream into the yogurt and mix on a low speed until the consistency you want is achieved. 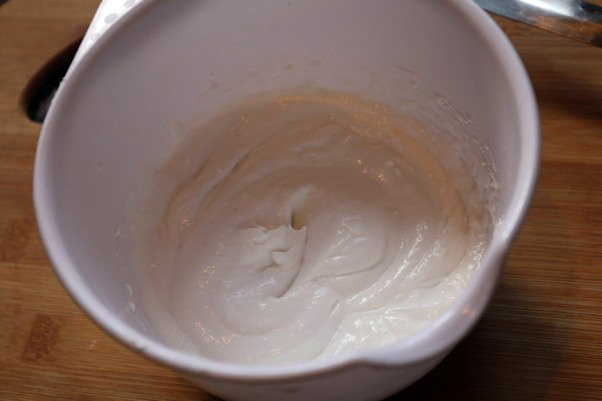 8. Add toppings, flavorings, or fillings of your choice and enjoy! 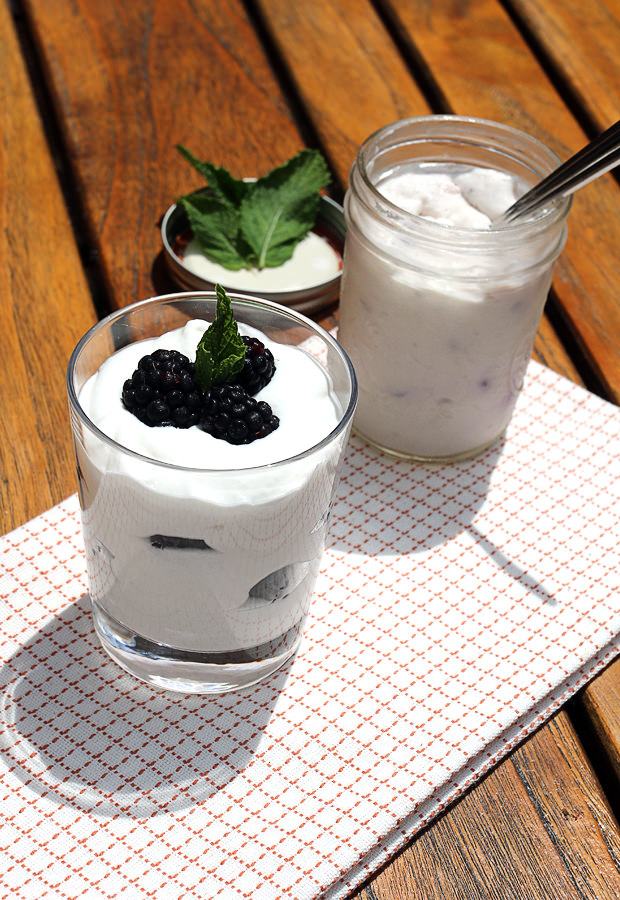