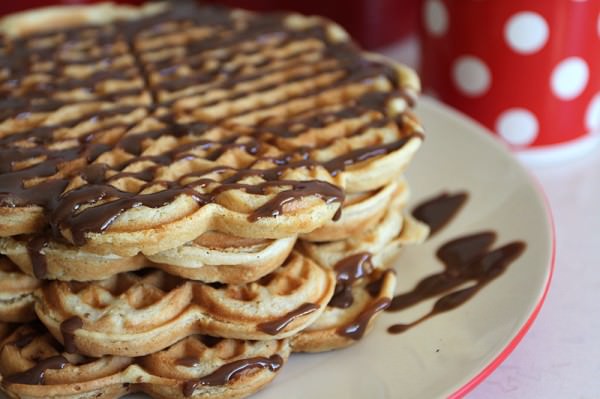 Most people start off on a diet that promises fantastic results, but is also very restrictive. From low carb to low calorie to taking a pill – they promise it will get you the results you want. It might be for an upcoming event, a new year’s resolution, or just an off-the-mill spawn of insight. So, why don’t these diets work? Well, usually it’s because they are too restrictive and people don’t like to be restricted. Remember when your parents told you to not do something when you were younger, but you did it anyway? I’m sure we all do.

Diets are in some way, always throwing taunts at you and gauging your willpower. Studies show that the average person who starts a diet will only stay on it for two weeks. TWO WEEKS! People don’t see the instant results they want and they quickly give up on it, or they give into some sort of temptation and decide that they don’t want to eat a restricted diet anymore.

I want to firstly say that most of these “fad” diets which show impossible results are exactly that – impossible results. Many (very fit) people in the industry are paid to gain weight so that they can shred it off in a short period of time. The physiology of the human body allows for this if you have been extremely fit, and then got out of shape. That isn’t the case for most of us, so these diets claim impossible truths for us to reach. Diets are only one side of the story, though.

In order to properly transition into a healthy lifestyle, you need to make a complete shift in your lifestyle. Dieting alone usually fails because the results don’t come fast enough, but if you combine that with exercise it will have a much greater benefit. Take two people, for example. One of them tries out a huge calorie deficit (obviously restricting what they can eat), and the other keeping a small calorie deficit with exercise.

At the end of two weeks, they both lost the same weight. But how?! The person only dieting isn’t taking in enough calories which is causing a loss in muscle mass. We’ve all heard the saying “muscle is heavier than fat”. The second person, although on a smaller deficit, lost the same amount of weight – but more fat. They have a smaller deficit, but the fact that s/he is exercising will increase the total energy expenditure they have.

My advice to someone transitioning into the world of losing fat and turning their lifestyle around is this – don’t restrict your diet, and don’t train too hard. Cut out as much sugary foods as you can because they don’t add anything. Make sure you are hitting your caloric needs, exercise 2-3 times a week, and see how you feel from there. After that you can start getting into the nitty-gritty and readjusting your diet based on your macronutrients and goals.

Usually when starting a healthier diet and training alongside, you will start to feel much more energetic. You can start to gauge what you need. Do you need a lower calorie diet? Do you want to go to increase the amount you workout? The easiest and most overused saying is to not give up. Sometimes you might get fed up with your diet. If that’s the case, throw a cheat day in there! Don’t go crazy and say every day is a cheat day – but once every week or two to eat whatever you’d like. Have your cake and eat it too, if you will.

You’ll soon start to see that you don’t get as much satisfaction as you used to, especially knowing you will have to push harder to work it off. For me, the longer that I was sticking to my keto diet plan, the easier it got to say no. If there’s pizza around, a big cake, a candy bar – it doesn’t matter to me. Having more energy, looking at myself in the mirror and being confident, and having the actual long term willpower it takes makes it an easy decision.

To anyone thinking of transitioning into a healthier lifestyle, that’s the first step. Take action and do it – what’s the worst that could happen?