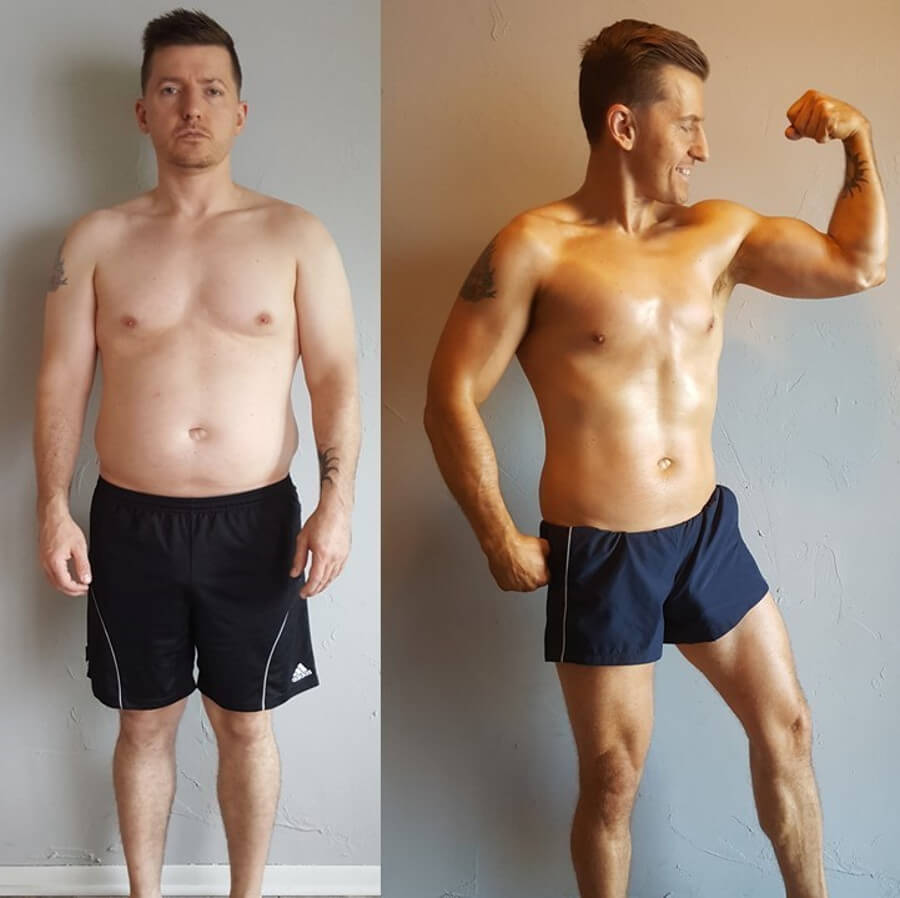 I have always been a bit of a gym rat. I was a soldier, and have always tried to stay in good physical shape. That being said, I was constantly stuck in this rut of working out, eating what I thought was “healthy”, and never getting any real results. Years went on and on like that. Sometimes I would loose a little weight through sheer will, and then I would just gain it back; plus some. The last few years I went through a bit of a depression. Chalk it up to PTSD, a failed marriage, turning 40; whatever you like. The bottom line was, I had no drive; ZERO. I couldn’t just “will” myself out of bed anymore, and my diet, as well as my body, steadily declined. I finally stepped on the scale and I was at the heaviest I had ever been; 194.5 lbs. 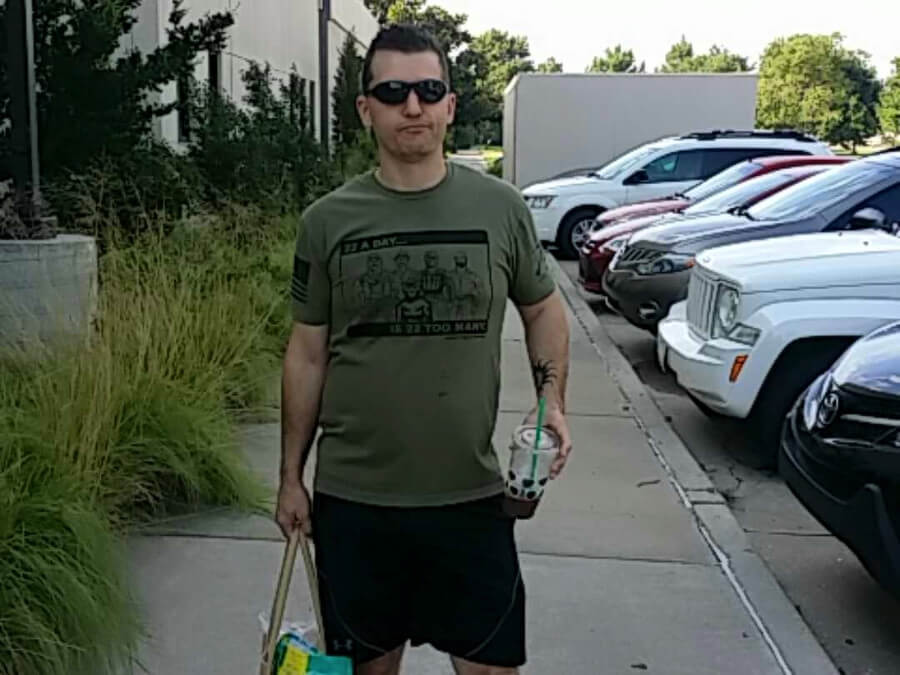 After doing some research, I came across an article on the ketogenic diet. The science behind it was sound, and so I researched it even more which eventually led me to the Ruled.me site. I really feel fortunate to have come across this site first because it really did have everything I needed to get started. I downloaded all of the pdfs, and got started. My plan was, if I could see progress in the first week, I would purchase the cookbooks, and go all in. And so I did. The first week, I lost 4 lbs. It was like I had just flipped the right switch finally, and my body said “I’m in!”.

The first week, was the hardest. I won’t lie. The keto “flu” left me with little energy. It was a victory on the 3rd day just to make it into the gym. The amazing thing though is how quickly, once my body got over that hump, that I felt like I had all the energy in the world! On the 4th day, around lunchtime, my brain just felt like it switched on. My mood shifted, my thoughts shifted, and I felt energy like I hadn’t in years. It really was that dramatic. 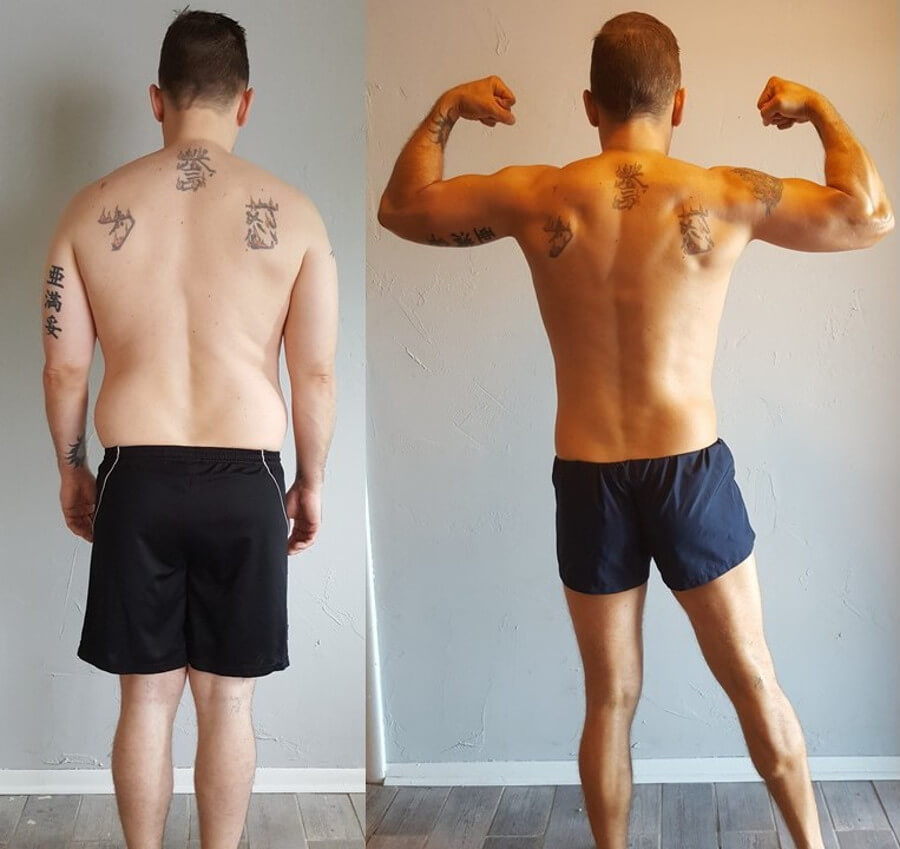 From then on it was just hard work and discipline. I made a lot of mistakes in the beginning, like going over in calories because I wasn’t tracking them closely enough. I self-sabotaged for weeks without knowing it by eating cashews, and thinking they were “okay”. It really was a trial-and-error process, but once I got my diet “dialed-in” as they say, the weight just dropped off. The hardest part was having to say no to co-workers who always wanted to go out to lunch at fast food restaurants, and not cheating at all.

The one time I cheated with a chocolate chip cookie as a “reward” kicked me right out of ketosis, and I had to go through the “flu” all over again. Lesson learned. Although adapting the diet to eating out is really easier than with any other diet. Most restaurants prepare their proteins in a fatty way, so all you have to do is skip the fries or potato, add some cheese and some steamed veggies. Simple.

The Ruled.me cookbooks were invaluable for me. I made it a point to prep  all of my lunches on Sunday afternoon to avoid eating out at work. Some of my favorite recipes were the Slow cook chili, Cheesy Sausage and Mushroom soup, General Tso Chicken, and, of course, (keto) coffee is a MUST. The (keto)proof coffee was usually my whole breakfast until lunch, but the MCT oil and fats kept me completely satisfied.

I was never really “hungry”. I also used a low-sugar pre-workout before my early morning workouts called C4, and a low sugar protein powder shake for directly after my workout as a recovery shake. My workouts consisted of mainly standard weightlifting 5x a week, with only 10 minutes of cardio, just as a warm-up.

I hope my story has inspired you to start your own keto journey. If there was one thing I could say to those just starting out, it would be to make an accurate food log in the first few weeks. Don’t just guess. Use online tools like caloriecount.com or the myfitnesspal app to make sure you are under your limit each day, and that you aren’t getting rogue carbs from places you would normally think of as healthy. Push through that first few days, and a new you will be waiting on the other side!