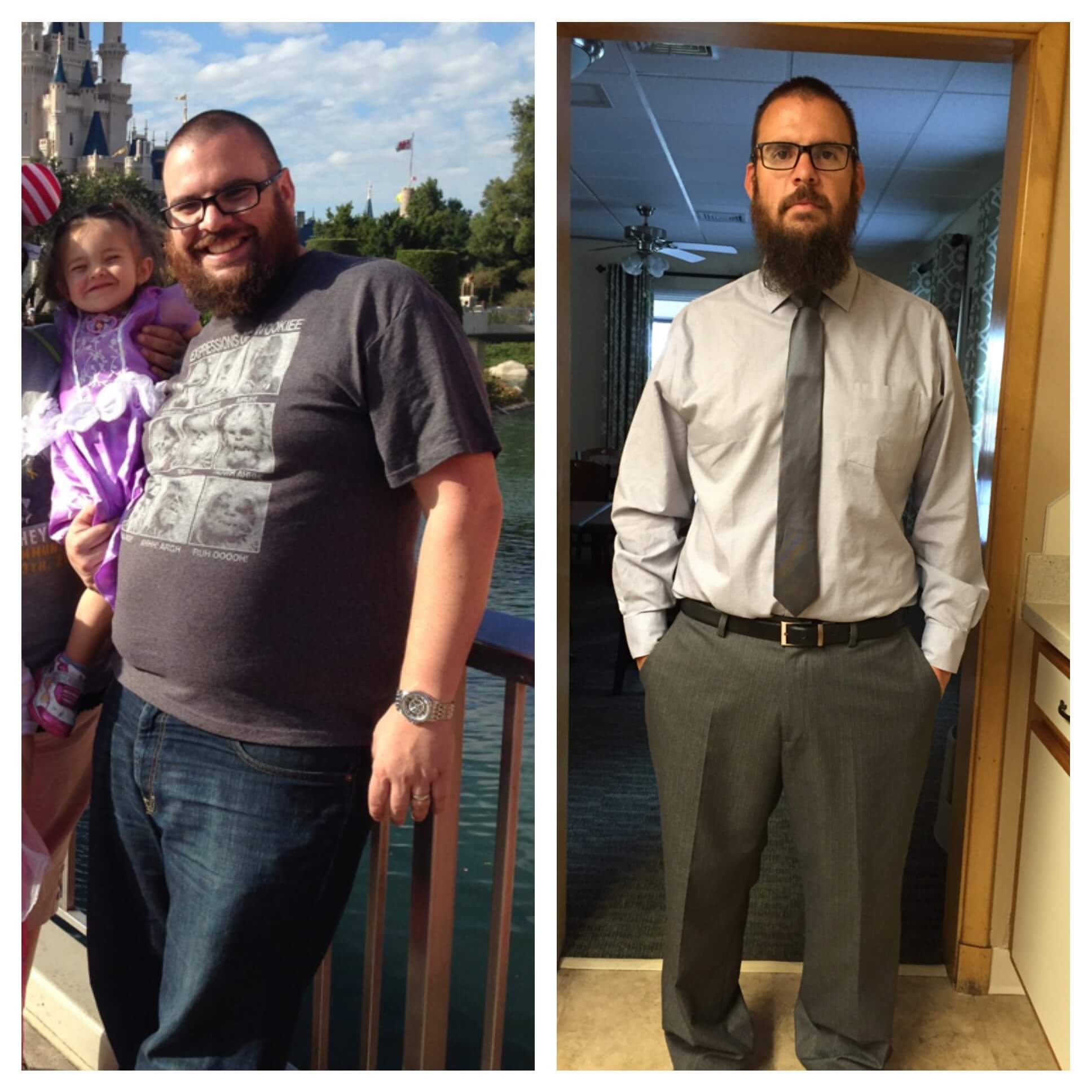 Thomas wrote in to tell us that both him and his wife have lost over 70 lbs!  He started out with the 14 day meal plan, and then went on to lose close to 80lbs creating his own meal plans that use the recipes found on this site.  Great job Thomas!  We asked him a few questions to try and glean some tips and tricks to share with you.

What is your favorite recipe from Ruled.me?
This one is tough, we’ve only had maybe one or two recipes that we HAVEN’T liked. But to answer your question my wife and I would have to agree that our favorite is the Pizza dip, with the Vanilla Whiskey mug cake in a close second.

What is your favorite ingredient to use when making ketogenic recipes?
My favorite ingredient is probably bacon… I’ve been told all my life that bacon makes you fat and unhealthy but after almost 80lbs lost and improved overall health I am pretty sure the bacon haters are wrong.

What is/was your motivation to keep on track?
My daughters were my motivation, I’ve lost weight before but every time I lost I’d gain it back and more. I realized that if I continued on the track I was, I likely would never see them grow up.

Did you ever encounter a stall? If so, how did you get over it?
We’ve encountered lots of stalls and plateaus, but we just stuck with it. If I got stuck, I would stick to keto but not restrict calories for a few days. After a day or two I would resume calorie restriction and it would usually get us out of the plateaus.

How did you hear about keto, and why did you start?
A co-worker, who happens to be a competitive triathlete yet somehow had body fat he could never seem to lose started keto and lost his extra body fat without making any other changes. Eating fat to lose weight sounded crazy to me but I tried it out and haven’t looked back.

In what aspects have your life changed since going keto?
I’ve been a pretty inactive person for most of my life, but in the last 2 months I’ve been going to the gym daily and am training for a half marathon. Friends and I have always planned on doing some tough mudder and Spartan races. Before keto I could barely run 100 feet before getting winded.

What piece of advice would you offer to people that are just starting out on keto?
Just stick with it… The first 2-3 weeks are awful, but if you can get passed that it’s so worth it. I don’t miss carbs at all, and there are so many good recipes out there, there really is no reason to to eat any other way in my opinion. My other suggestion is not to try it alone, find a friend or a loved one that will do it with you so that you can hold each other accountable.

What did you personally do in your first 2 weeks of keto? (i.e. Drink broth, go for a walk, throw food out, etc.)
I am a snacker, so the first thing I had to do was throw away anything high carb. Otherwise I just strictly followed your 4 week meal plan, I was miserable and hungry for the first two weeks, but once my body adjusted to eating less food I felt better than I’ve ever felt.