Nightshades are a type of plant belonging to the Solanaceae family. While there are thousands of species of nightshades, most are poisonous or non-edible, so we won’t worry about those. The most common forms of nightshades include potatoes, tomatoes, eggplants, and peppers (all types).

Nightshades usually only affect people with food sensitivities, food allergies, or autoimmune diseases. For ordinary people, evidence shows that nightshades are completely healthy and will not trigger any significant reactions. If you do have one of the listed conditions, it’s possible that nightshades are contributing to your related illness. 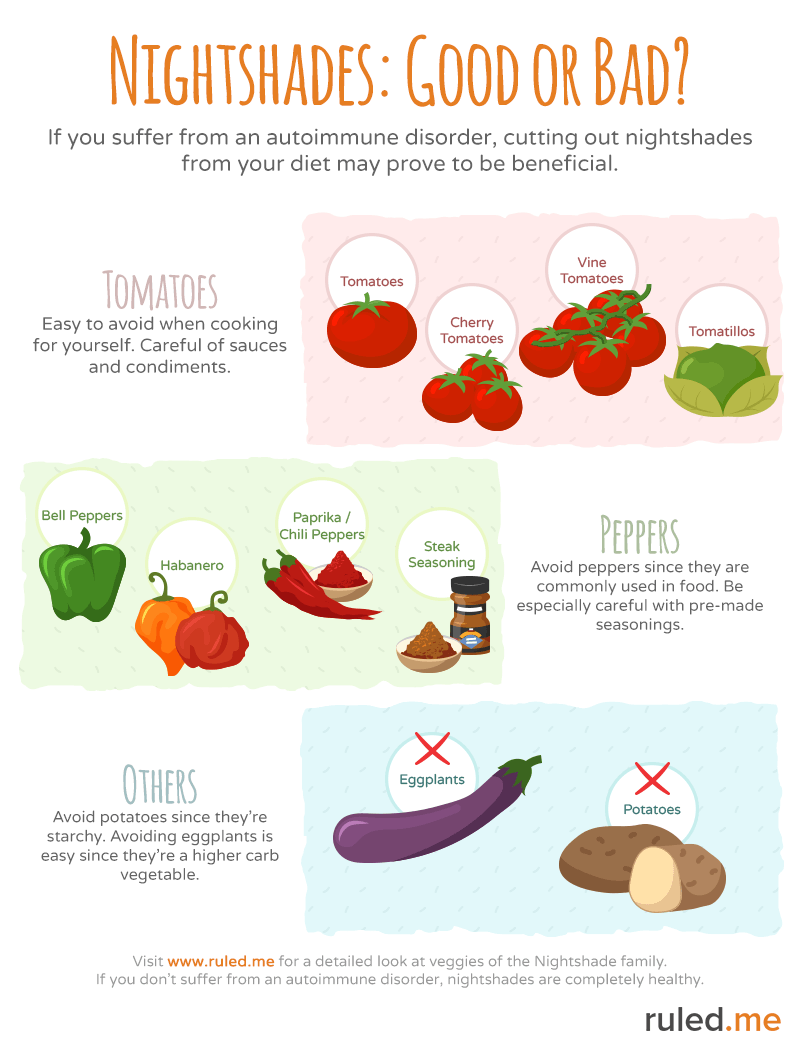 While we will explore nightshades more in-depth, let’s take a look at the short list of the most common types of nightshades:

While the physical characteristics of nightshades may vary considerably, they all have one thing in common: alkaloids.

Alkaloids are the most common group of compounds that are associated with the risks of nightshades. These include solanine (mostly from potatoes), tomatine (mostly from tomatoes), capsaicin (this is what give peppers their heat), and nicotine (from tobacco). It’s important to note that alkaloids are most concentrated in the green portions of the plant.

These alkaloids are created inside the plant as a natural protectant from predators like bugs and mold. They’re designed to be toxic, and in the non-edible nightshade family, are extremely concentrated and even have deadly effects on humans. In their edible counterpart (the one’s we cover), these alkaloids are in such small quantities that they usually don’t cause inflammatory reactions in healthy people. 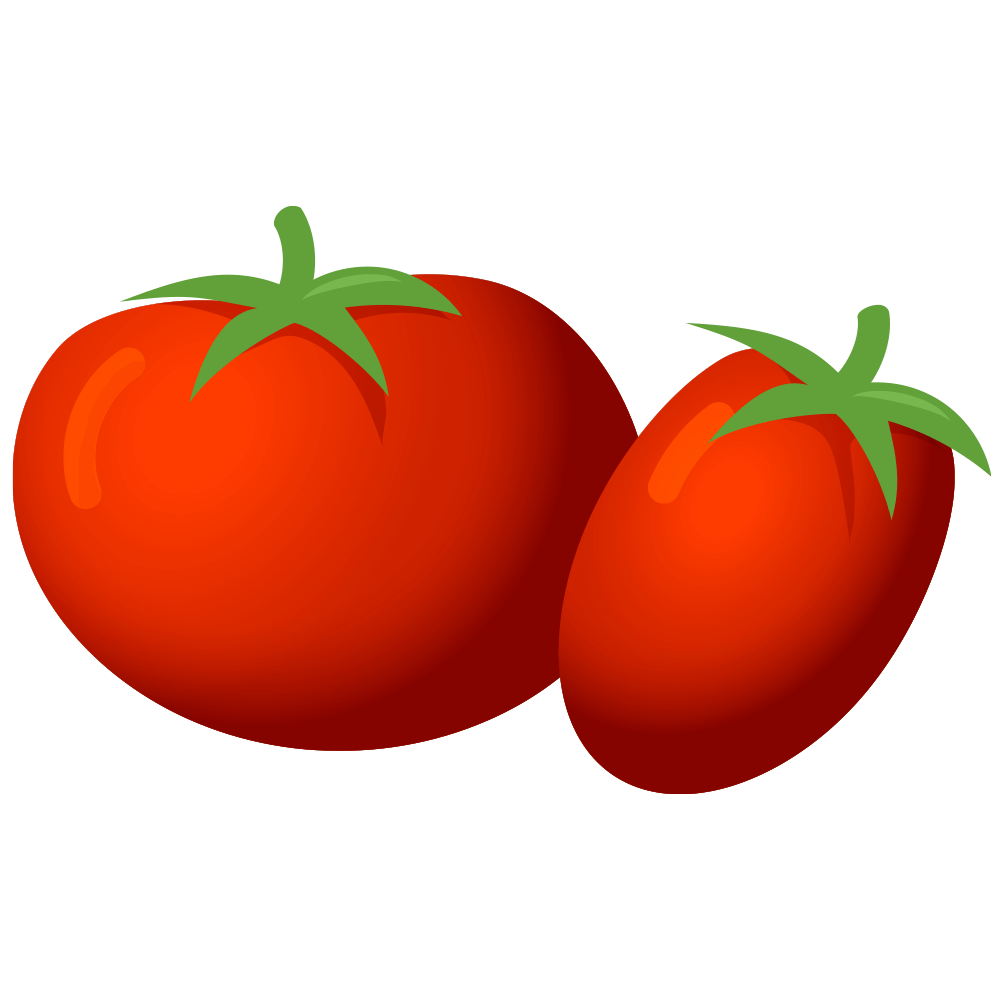 If you have a leaky gut or autoimmune disease, you may experience gastrointestinal irritation due to a compromised digestive system. The alkaloids in nightshades are meant to be toxic, so they attack gut bacteria in your intestinal tract. Healthy people can deal with this, but long-term irritation can lead to intestinal permeability (or leaky gut).

Some alkaloids can also increase the response of your immune system, which can cause problems in those with autoimmune diseases – so be cautious.

Remember that healthy individuals can eat nightshades without problems. Capsaicin is a prime example of an alkaloid that benefits healthy people but can cause irritation in those with nightshade sensitivities. It’s very well known to be an anti-inflammatory, and one of the main health benefits of eating hot peppers.

Should You Avoid Nightshades?

Healthy people without an autoimmune disease or leaky gut probably won’t notice a difference in eliminating nightshades from their diet. We don’t think there’s a point in eliminating nightshades if there’s no reason to: why make a ketogenic diet more strict than it already is? Most all of us can enjoy tomato sauce, jalapeno poppers, or (low-carb) eggplant parmesan just fine. Some will even see a benefit from eating these.

If you feel that you might be sensitive to nightshades, but don’t get a significant reaction from them – you can consider always cooking nightshades before consumption. Cooking nightshades typically help in the reduction of alkaloid content, which can help tremendously if you have a partial sensitivity. It may also be beneficial to avoid any green part (or skins) of plants in the nightshade family as these also usually include more concentrated amounts of alkaloids. 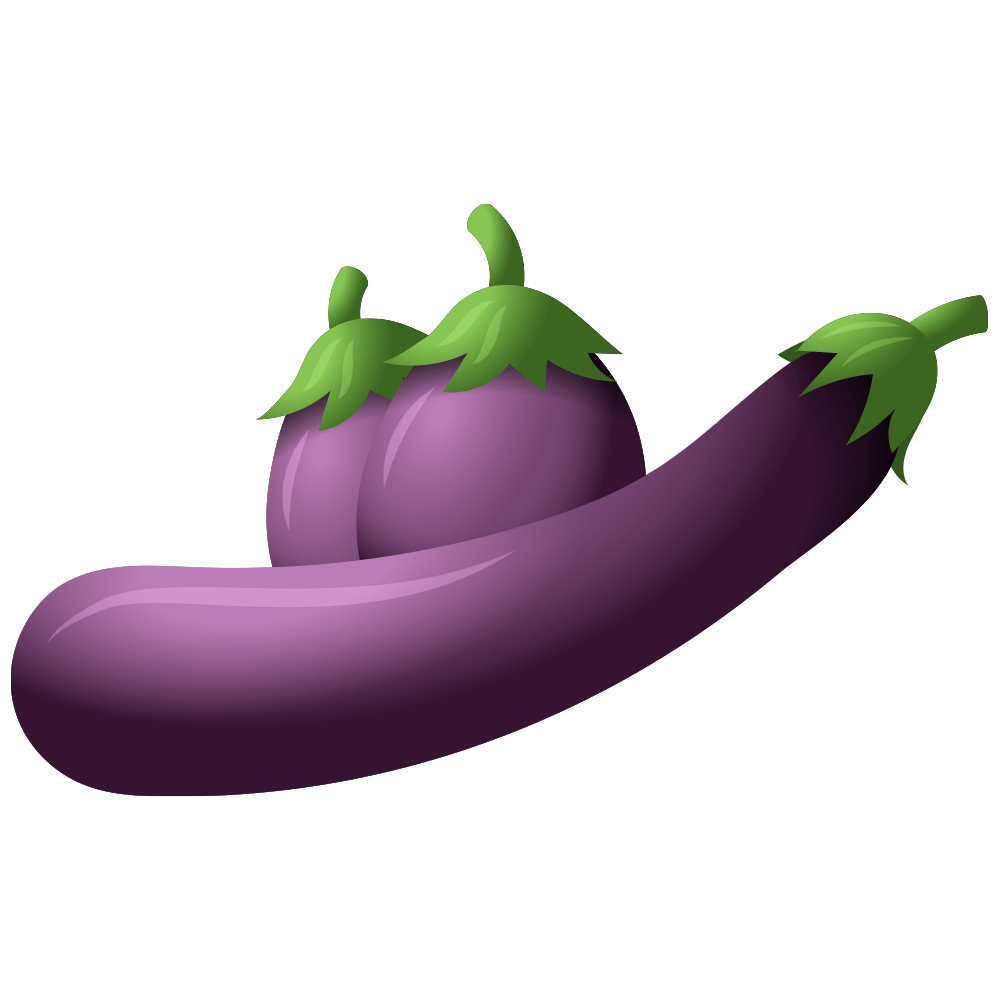 People with autoimmune diseases or digestion problems usually find that the minor irritation from nightshades is too much to handle. Eliminating nightshades from their diet has shown to be beneficial in a number of studies and often encouraged. There’s no harm in experimenting, of course, but always make sure to allow 3-5 weeks time before making a conclusion.

Bottom line: Nightshades are completely healthy for ordinary people who do not suffer from sensitivities, autoimmune disorders, or leaky gut. It cannot be stressed enough that if you are healthy, you do not have to avoid these, even just to be on the safe side. If you do have a listed condition, avoiding nightshades has shown beneficial improvements in symptoms.

It’s important to note that the nightshade family has thousands of species, herbs and non-edibles included. You can find a list of the most commonly consumed nightshades below.

Be especially careful with peppers as all types of peppers are included in the nightshade family. That means sweet peppers and very spicy chili peppers (like habanero, cayenne, or ghost) are also part of this. Be thorough when you are removing nightshades from your diet. 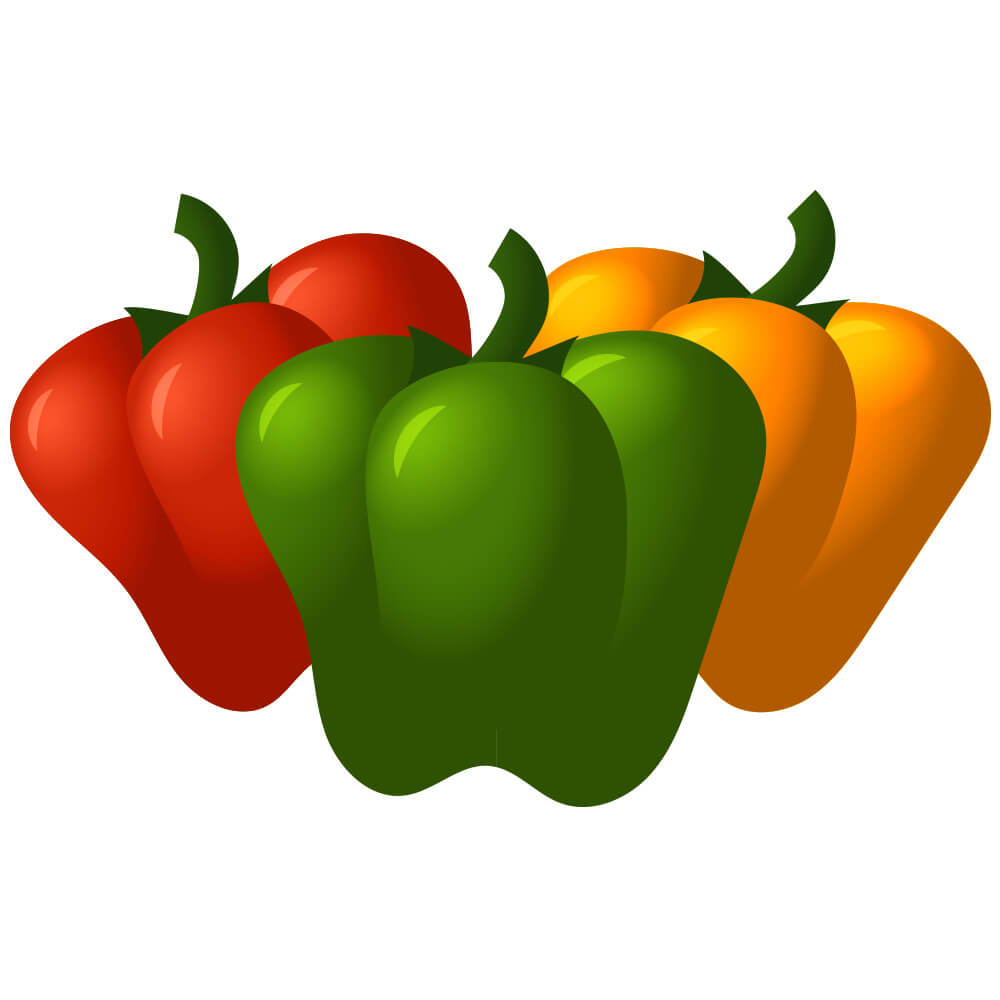 There are many other commonly consumed nightshades like potatoes, goji berries, pepino melon, and sorrel but they are not usually permitted on a ketogenic diet (or uncommonly consumed), so they should be avoided anyway.

Some sources that say blueberries have similar types of alkaloids as nightshades (and to try to eliminate these as well), but you shouldn’t need to. There is no scientific evidence that blueberries have these alkaloids (solanine, specifically) in them, so you do not need to avoid them.

A few great ways to substitute for nightshades in recipes is to use a combination of any of the following: cauliflower, radishes, celery, and mushrooms. These vegetables can add a great texture to dishes without the drawback of inflammation.

Try to be strict when ordering supplements or buying spice blends as they commonly have some nightshade inside. It’s very common for people to buy items and only realize later that they contain nightshades. Even medications and everyday items like baking powder can contain potato starch, which is something that you want to avoid if you have an autoimmune disease.