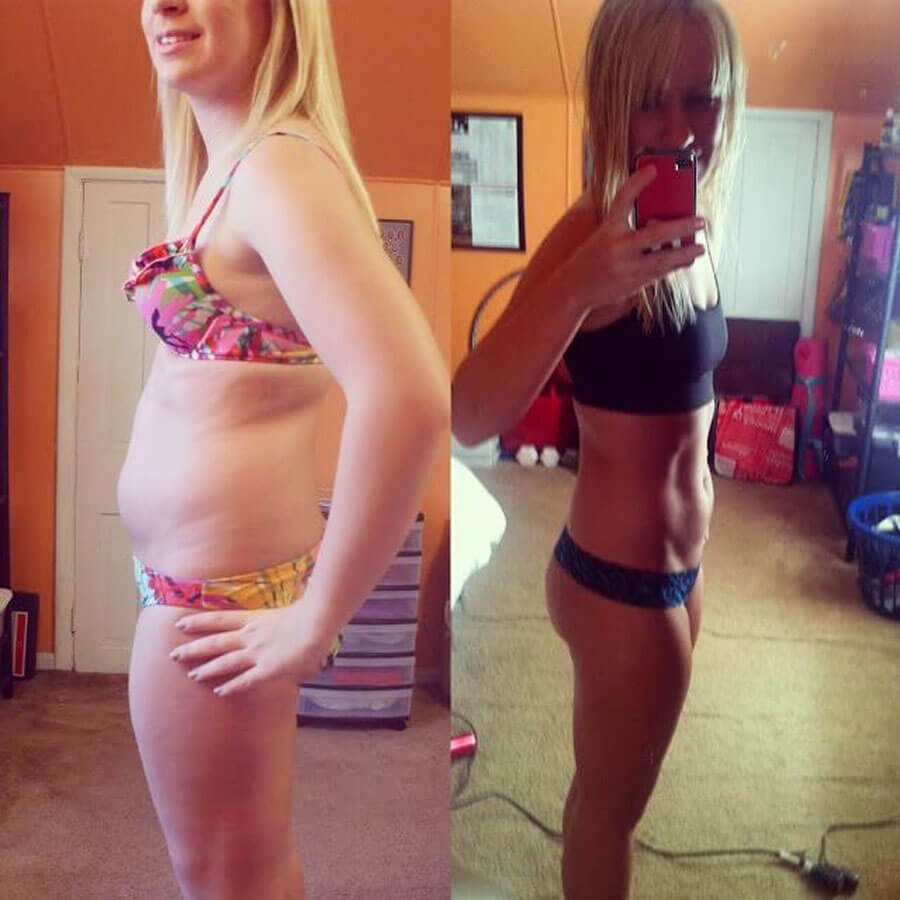 My name is Meagan. I’m a 24-year-old dental student living in Ohio.

For as long as I can remember, I have always struggled with my weight. I was never the kind of girl that others would call “fat” but I was never proud of my body either. I grew up active, participating in ballet, and have had a fascination with food that has been hard to explain. I come from a family of obese people. Literally everyone older than me is overweight, so I think I was trying to avoid what I thought was my impending future.

At the age of 13, I started reading diet books, and became a vegetarian and then a vegan for a total of 6 years. Over those years, I gained more bad dietary habits than I care to admit. My mom used to call me “a vegetarian who doesn’t like vegetables.”

On the outside, I appeared to be doing everything right. I was avoiding meat and animal products and as soon as I started college I started buying and consuming all the organic and “natural” groceries. In reality I was addicted to sugar. It wasn’t abnormal for me to eat an entire box of Trader Joe’s O’s (aka Oreos.)

Even when I started eating animal products again, my sugar habit didn’t stop. Despite being well-educated in dietetics and biochemistry and trying nearly every diet I could read about, I couldn’t control what I was putting in my mouth. The one diet I had never tried was a ketogenic or low-carb diet. I had grown up hearing about the dangers of such, as my mother worked for a vegetarian physician who felt very strongly against such diets. I even wrote a paper in college on the dangers of low-carb diets.

As my waistline grew, my confidence plummeted and I began avoiding my friends and other social situations. I spent more time alone feeling depressed, and I no longer enjoyed going to the gym, shopping for clothes, and being in photos. I was always tired and irritable. I went from being a star-student to being on academic probation. I knew something had to change, but didn’t know where to start. I was already trying my hardest to eat a low-calorie, low-carb diet. It always ended in me depriving myself and then binging on ridiculous foods.

Eventually (around June 2014), I discovered r/keto and shortly after I found ruled.me. I spent days researching the diet, the science, and recipes…and then I just started!

It was hard in the beginning, but I think I wanted the change so badly that cheating wasn’t an issue. In under 2 months I had lost 20 pounds, gotten rid of my sugar cravings, quit falling asleep in class, began working out again, and dropped my depression medication.

My favorite things about ruled.me are the calculator and the recipes. Ruled.me makes following a keto diet extremely EASY. If I can do this diet, anyone can. As a professional student my time and resources are limited, but keto helps. I have more energy and mental clarity because of it. I am so thankful that I discovered this diet, because it gave me back my life.