Ketogenic Diet vs. SAD and Exercise

The ketogenic diet keeps astonishing researchers with its ability to reverse a handful of diseases. But can keto help quell the growing epidemic of metabolic syndrome that now affects 1 in 4 American adults?

A 2017 research study provides compelling evidence that it can. In fact, the data suggests that the ketogenic diet is much more effective than the old paradigm of diet and exercise.

Metabolic Syndrome — When Your Health Goes From Bad to Worse

The study that we will focus on throughout this article focused on people with metabolic syndrome, pre-diabetes, or type 2 diabetes. However, the results of this study apply to almost everyone — from people who want to lose some weight and inches off their waist to others who wish to improve their blood sugar, cholesterol, and triglyceride levels.

This is because these factors contribute to one another — and if you do not address them promptly, then your health will spiral downward until you are diagnosed with metabolic syndrome.  As a result, you will have an increased risk of type 2 diabetes, cardiovascular disease, and cancer, and a significantly decreased lifespan.

Scientists theorize that metabolic syndrome is the culmination of poor diet, lack of exercise, and genetic vulnerabilities that cause health to decline in every way imaginable. However, treating this condition is not as simple as diet and exercise.

With that being said, should we just give up on using diet to reverse metabolic syndrome? Not until we’ve tried something other than the standard American diet (SAD) and exercise.

The Ketogenic Diet as a Treatment for Metabolic Syndrome

In search of a way to stop the epidemic of metabolic syndrome, researchers Madeline and Kelly Gibas of Bethel University set out to test the ketogenic diet as a possible treatment. After looking through the research on how keto helps with weight loss, diabetes, polycystic ovary syndrome (PCOS), neurological degeneration, cancer, and cardiovascular disease, the researchers found that carb restriction is a safe and effective treatment for many of the underlying issues that cause metabolic syndrome. The current data on how the ketogenic diet affects people with metabolic syndrome is also promising.

One 2006 study, for example, reported that the ketogenic diet led to the withdrawal of insulin and other anti-glycemic medications, which occurred prior to the signiﬁcant weight and fat mass loss.

The researchers continued on to conclude that “in isocaloric experiments, individuals showed dramatic improvements in markers of metabolic syndrome more than with [other] diets lower in fat.”

In other words, by restricting carbs, subjects with metabolic syndrome not only lost weight, but they experienced a dramatic improvement in blood sugar, triglycerides, blood pressure, and cholesterol as well. What’s even more interesting is that these results were solely caused by carbohydrate restriction and not by eating fewer calories.

We must keep in mind, however, that this is only one study. To get a better idea of the current state of the evidence regarding the ketogenic diet in the treatment of metabolic syndrome and diabetes, we need to take a broader look at the existing research.

In a 2015 critical review of the literature, Feinman et al. summed up the current data with this statement:

“The inability of current recommendations to control the epidemic of diabetes, the speciﬁc failure of the prevailing low-fat diets to improve obesity, cardiovascular risk, or general health and the persistent reports of some serious side effects of commonly prescribed diabetic medications, in combination with the continued success of low-carbohydrate diets in the treatment of diabetes and metabolic syndrome without signiﬁcant side effects, point to the need for a reappraisal of dietary guidelines.”

This is a profound proposition that goes against what many conventional doctors would recommend, but it doesn’t go against the current data. Data that points to the ketogenic diet as being one of the best diets for treating diabetes, obesity, and —with confirmation from the results of the 2017 study by Madeline and Kelly Gibas — metabolic syndrome.

The Ketogenic Diet Vs. Standard American Diet and Exercise in the Treatment of Metabolic Syndrome and Obesity

In their recent study,  Madeline and Kelly Gibas decided to test how valid of a treatment the ketogenic diet is for metabolic syndrome. The research subjects were patients who exercised regularly and were previously diagnosed with metabolic syndrome, pre-diabetes, or type 2 diabetes.

They don’t report it directly in the publication, but according to the figures provided in the paper, it looks like there were 29 subjects. Each subject was randomly assigned to one of three groups: 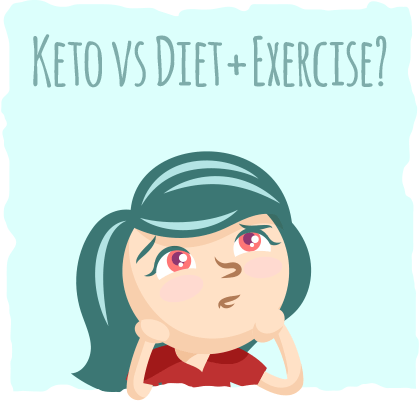 There were ten subjects in the ketogenic diet group and SAD with exercise group and nine in the SAD with no exercise group. Before starting the study and after ten weeks, each subject had their weight, triglyceride levels, body fat %, BMI, A1C, resting metabolic rate, and ketone levels measured.

The Results — Can Keto Compete with Diet and Exercise?

After ten weeks, all variables for the ketogenic diet group showed a significantly greater degree of positive change when compared to the SAD and SAD with exercise groups. More specifically, the five variables related to metabolic syndrome (body weight, body fat percentage, BMI, A1C, and triglyceride levels) showed statistically significant improvements. These results were accompanied by a substantial increase in resting metabolic rate for the ketogenic diet group as well. Altogether, these results suggest that keto is a clinically relevant treatment for metabolic syndrome, prediabetes, and type 2 diabetes, much more so than SAD and exercise combined.

For a much more precise depiction of the data, here is one of the charts that was published with the study:

On the y-axis, you will see “Diff,” which stands for the difference between week 0 and week 10. On the x-axis, from left to right, you’ll see the ketogenic diet group, SAD and exercise group, and SAD only group. As you can see, most of the subjects in the ketogenic diet group experienced significantly better results than the subjects in either of the other groups — especially regarding weight loss, body fat %, and BMI.

The Key Takeaways from This Study

This study confirms the findings of previous studies that the ketogenic diet should be used as a dietary intervention for metabolic syndrome, type 2 diabetes, and prediabetes. The researchers concluded that:

The ﬁndings of this study show that through the induction of nutritional ketosis (<50g CHO), MetS [metabolic syndrome] can be successfully treated and many of the pathologies reversed through the restoration of beta oxidation. The study demonstrates that an increased ability to oxidize fat through modulation/regulation of insulin secretion is foundational to mediating the pandemic public health crisis of MetS, pre-diabetes and T2D [type 2 diabetes].

In other words, by restricting carbs, we can dramatically improve the body’s metabolic flexibility (ability to burn different types of fuel efficiently) and insulin sensitivity in the most efficient way.

The ketogenic diet does this by:

Furthermore, after keto-adaption (utilizing fatty acids and ketone bodies as primary fuel sources), many more health benefits emerge that you can learn about in this article.

Altogether, the keto diet typically causes signiﬁcant drops in A1C, body fat mass, body weight, triglycerides, and BMI, which means that it can single-handedly reverse most of the issues related to metabolic syndrome without exercising.

Does This Mean You Don’t Have to Excercise?

For example, exercising will:

Imagine how your health would be if you combined keto with 30 minutes of daily exercise? Unfortunately, all we can do is imagine and test it out for ourselves because there is no research regarding how the combination of the ketogenic diet and exercise affects people with metabolic syndrome, prediabetes, and type 2 diabetes. We must also use our imagination when we look closely at the study we covered throughout this article — a study, just like any other, that leaves many questions unanswered.

The Flaws, Unanswered Questions, and Confounding Variables of The Keto Vs. SAD and Exercise Study

Madeline and Kelly Gibas conducted an excellent study that provides us with more data on how we can treat the rising metabolic syndrome epidemic, but the study has many confounding variables that dramatically reduce the quality of the data that it provides.

Firstly, as far as I can tell, these diets weren’t tracked in any way. The only indicator that the ketogenic diet group followed the diet was the blood ketone measurements that they took throughout the study. Did these subjects cheat on the diet? Perhaps. Did they really eat less than 30 grams of carbs per day? We will never know.

Secondly, the calories and protein between the diets weren’t matched — two vital variables to account for when comparing diets. 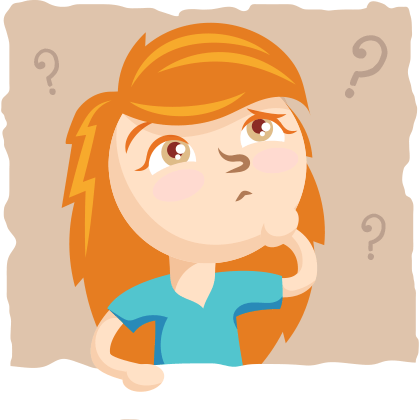 How much was each group eating? It is possible that both of the SAD groups were eating more calories than the ketogenic diet group, which would indicate that caloric deficit is a potential treatment for metabolic syndrome as well as dietary ketosis.

Furthermore, the researchers attempt to make a case for the fact that carb restriction provides us with a metabolic advantage by cherry picking evidence from some studies. However, this claim has been refuted by a number of other studies. In fact, a recent meta-analysis that looked at the differences between high-carb and low-carb diets with calories and protein matched found that the high-carb diet (not the high-fat diet) had a slight metabolic advantage.

And lastly, it is unclear how much exercise each subject was doing before they started the trial. If the people in the SAD and exercise group were already doing the required amount for that group, were they still considered for that group? Were some of the members in the ketogenic diet already exercising for 120-150 minutes per week?

Because of the many variables that were not controlled for in the experiment, the implications of this study are much less substantial. We need more controlled clinical trials to confirm the findings of this study.

Despite the fact that there are many variables that the researchers didn’t control for, the results of this study confirm what many studies have found before — the ketogenic diet is one of the best (if not the best) way of eating for reversing metabolic syndrome, type 2 diabetes, and prediabetes. If you’d like to learn more about how keto can help reverse type 2 diabetes specifically, we have a couple of articles on the subject of diabetes and insulin resistance.

When it comes to treating metabolic syndrome in particular, the ketogenic diet addresses many of its causative factors, including A1C, body fat, obesity, triglycerides, cholesterol, and blood pressure. In fact, it may address these factors more efficiently than the standard American diet and exercise combined.

As a result, the ketogenic diet has the potential to reverse metabolic syndrome completely.  Although there is not enough high-quality evidence to support making keto the first treatment for the diseases mentioned in this article, the ketogenic diet is so safe and effective that there is no harm in trying it out for yourself if you want to lose some weight and improve your blood markers and overall health. To learn more about how to follow the ketogenic diet properly, read through our comprehensive beginner’s guide to the ketogenic diet.

If you want to improve your health even more, then consider adding exercise to your daily schedule. Start by doing any form of exercise that you enjoy for 30 minutes a day, whether it be lifting weights, endurance training, or circuit training.

The combination of the ketogenic diet and exercise is one of the most effective ways to reverse most of the underlying issues that cause prediabetes, type 2 diabetes, and metabolic syndrome.