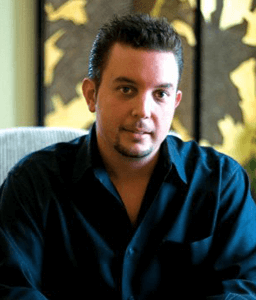 To follow a ketogenic diet properly, you must restrict daily carbohydrates to around 20-30g of net carbs. This simple rule should be followed by everyone who is on a ketogenic diet, but there is one exception — athletes.

To provide our muscles with the sugar they need to perform high-intensity training, we must supplement with carbs by implementing the cyclical ketogenic diet or the targeted ketogenic diet.

For example, this diet variation is not recommended for low to moderate intensity trainers and exercise beginners because they most likely will not be able to fully deplete their glycogen stores and get back into ketosis if they follow the cyclical ketogenic diet. For this reason, if you’re a beginner or intermediate trainer or do ultra-endurance exercise, then a Targeted Ketogenic Diet is the best way for you to use carbohydrates as a performance enhancing tool.

On the other hand, if your rigorous training schedule contains high-intensity workouts that deplete your glycogen stores, enabling you to get back into ketosis each week, then the cyclical ketogenic diet is for you.

The primary purpose of the cyclical ketogenic diet is to use carbs as a tool to maximize muscle growth and exercise performance, while you also get the benefits of the standard ketogenic diet. The downside, however, is that you might gain some body fat with that extra muscle mass.

What is the Cyclical Ketogenic Diet (CKD) Exactly?

Others have also experimented with 2 week cycles, where 10-12 days are of ketogenic nature and 3-4 days are carb loading. The 2 week split has also had good results, but it doesn’t fit around everyone’s schedules as neatly.

The primary goal here is to temporarily switch out of ketosis to refill muscle glycogen, in order to sustain training performance in the next cycle.

If you are on a ketogenic diet for health reasons (hyperinsulinemia or hypertension), you may find the cyclical ketogenic diet unworkable as the hormonal response can trigger health symptoms that are being treated by a low carbohydrate diet. 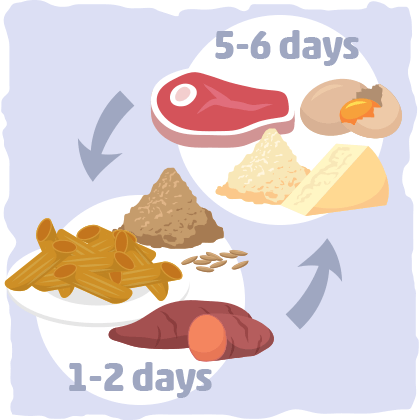 Since the goal of a cyclical ketogenic diet is to completely deplete muscle glycogen – a proper workout schedule is needed for optimal results. A good workout plan example would be:

How do I do the Cyclical Ketogenic Diet?

The low-carb portion of the cyclical ketogenic diet is identical to that of a Standard Ketogenic Diet. The nutrition is as follows:

After you’ve depleted glycogen stores and are in ketosis, you are ready for the carb-load portion of the Cyclical ketogenic diet.

Beginning the Carb-load and Getting into Cyclic Ketosis

To gear yourself toward an anabolic state, you will want to begin your carb loading 5 hours prior to your final workout. At this time, 25-50g can be consumed, along with protein and fats to begin higher production of liver enzymes.

1-2 hours before the final workout, a combination of glucose and fructose is recommended to refill the liver glycogen. 25-50g is a good place to start, and you can add more as needed.

Most commonly, people just consume whatever they want during their carb-loads. Although quite haphazard, it still provides results. For those of us who want a more scientific approach, I will go through the guidelines for proper nutrient intake while doing a carb load.

Your own experimentation is the best thing to recommend here, but I will provide you with some guidelines to help:

If you are not sure what Low GI and High GI foods are exactly and would like more precise guidance, read our recent article on What To Eat on The Cyclical Ketogenic Diet. It will clear up any questions you may have regarding what foods to eat and what is going on inside your body during the cyclical ketogenic diet.

Re-entering Ketosis After Carb Up

Emptying the store of glycogen in the liver will ensure your merry way to ketosis. The easiest and most foolproof method to do this? Simply follow these steps.

How Long Until I Am Back in Ketosis?

Although there are some genetic and lifestyle factors that affect ketosis that may not be under your control, this list consists of every variable you can adjust to get back into ketosis more quickly after your refeeds. However — an important question still remains — is this dietary approach really worth the extra effort?

What the Science Says About Cyclical Ketogenic Diets

The research literature on cyclical ketogenic diets is scarce. However, there are two 2017 research studies that provide us with evidence that combining the ketogenic diet with carbohydrate re-feeding is a good idea for athletes.

The results are fascinating. Not much difference was found between the two groups in the first ten weeks; however, the ketogenic diet group experienced a significant increase in lean body mass and power output on the Wingate Power Test (cycling at max intensity for a short period of time) after one week on the western diet. The same improvements were not found in the western diet group. 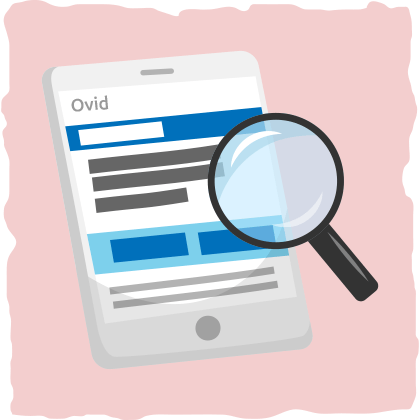 Although these two studies are not testing the same cyclical ketogenic diet schedule that we are proposing in this article, they provide evidence that you can combine the ketogenic diet with a high-carbohydrate diet to improve athletic performance and body composition. However, you don’t have to follow the diets that these studies used to get these results. All you have to do is follow the cyclical ketogenic diet by depleting glycogen stores, getting into ketosis, and then replenishing glycogen stores with a carb refeeding day or two. This way you get the benefits of keto-adaption, ketones, and carbohydrates.

But don’t forget — this diet is only meant for experienced trainers who regularly exercise high-intensities. How do you know if you fit into this category? We’ve provided a simple guide below so that you know exactly what we mean by “high-intensity.”

How Much is High Intensity?

Typically anaerobic exercises with repeated intervals that use bursts of strength will be considered high intensity. This type of exercise training increases energy demands of the body to the point where the cells have to start burning glucose for fuel.

How do you know when this happens? When you start huffing and puffing out of your mouth during exercise. This is an indication that your body is starting to burn more sugar than fat, which is what you want to happen so that you can deplete your glycogen stores and get into ketosis.

Here are some examples of high-intensity training vs. low-intensity exercise:

Putting It All Together

If you are on a standard ketogenic diet and do high-intensity exercise regularly, then you may benefit more from a cyclical ketogenic diet. With this dietary approach, you will be able to combine the benefits of burning ketones with having enough sugar available to improve performance, strength, and muscle gain.

The most common cyclical ketogenic diet format is 5-6 days of a standard ketogenic diet with 1-2 high-carb refeeding days. During the ketogenic diet phase of the cycle, make sure you do fasted high-intensity training to deplete your glycogen stores and push your body into ketosis more rapidly.

After your carb re-feed, focus on depleting your glycogen and increasing your ketone levels again and repeat the cycle — that’s it. By implementing this dietary strategy, you will reap the benefits of a high-carbohydrate diet and a ketogenic diet at the same time.